In 1832, Samuel Morse invented the electric telegraph, and by 1835 had completed its build. As you can guess by his surname, Samuel also designed a way of communicating with other parties via Morse Code. In the Spring of 1837, Morse managed to communicate his messages through ten miles of wire from a Dr Leonard Gale’s lecture room in the New York University. Alfred Vail came on board with his invaluable resources of knowledge, business networks and financial funds. 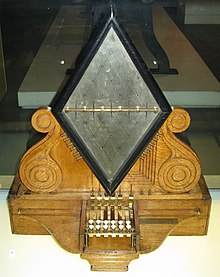 By 1838, Morse had introduced his telegraph machine to Russia, France, and England. Unfortunately, England were not convinced until English inventor William Fothergill Cooke and scientist Charles Wheatstone invented and designed their own electric 5- needle alphabetic telegraph. However, there was a downfall with this system – it could only reach 12 miles. Recognising these failures and seeing that the Morse Code had improved tremendously, Morse Code became our new favourite.

Sitting in the United States supreme court on the 24th of May 1844, Samuel was seen sending the first ceremonial message to his colleague, Alfred Vail, in Baltimore. The message he sent was “what hath God wrought!” It was received almost at once much to their satisfaction. From that day onwards, this revolutionary way of communicating across distances became extremely popular with Americans. The communication was fast and reliable, and this made people’s lives much easier. By 1854, the demand for the telegraph system was so high, that more than 20,000 miles of telegraph cable had been laid!

The New Boys In Town 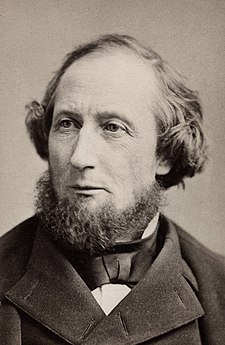 In 1854, American merchant Cyrus West Field proposed a telegraph cable should run across the Atlantic Ocean. This cable would lay deep, if not buried beneath the Atlantic Ocean so it would not be disturbed. He tried to gain funding for his company – ’New York, New Foundland and London Telegraph Company’ but was unsuccessful in gaining the necessary funding in America. Therefore, he tried his luck in England. Having changed the company name to ‘The Atlantic Telegraph Company ‘, he managed to acquire the funds he needed. The funding was raised by selling shares to the company. One person who was interested in the project was John Pender who bought £1,000 worth of shares for the company.

John Pender was a Scottish businessperson who would later play a leading role in connecting Falmouth, Gibraltar, and Malta, by telegraph cable. On the 9th of December 1856, Pender was given a promotion and became a director of the company.

With capital from both the American and British Governments, Field was loaned ships called ‘Agamemnon,’ the’ Valorus,’ the ‘Niagra’ and the ‘Gorgon.’ Following many unsuccessful attempts, the first telegraph line across the Atlantic Ocean was completed by the end of summer 1858. The cable stretched 2,000 miles across the Atlantic Ocean, and prayers had been answered regarding long distance communication. Even the Queen of England and the President of the United States tested it out successfully. Unfortunately, this cable proved unsuccessful and only lasted a month before the strain took its toll. The cable corroded and refused to work any further. Following many unsuccessful attempts, Field realised he had to raise more capital to try the project again.

Under Pender’s advice, Field decided to merge companies with both of his suppliers – ‘Glass, Elliot,’ and ‘Gutta Percha Company.’ They became the ‘Telegraph Construction and Maintenance Company.’ Pender guaranteed any shortfalls that should happen due to this merge, which amounted to £250,000. The ‘Gutta Percha Company’ supplied exceptional insulation for the submarine cables, and they were still using them 80 years later!

And the ‘Glass, Elliot’ handled making 1,250 miles of both the first and second transatlantic telegraph cables. Having raised the necessary funding to try the project again, in 1866, he finally succeeded with his venture. The successful transatlantic cable was laid between Ireland and Newfoundland using the Great Eastern ship.

John Pender, following his success with Field and company, formed his own company called Falmouth Gibraltar and Malta company in 1869. This company would consist of connecting Falmouth, Gibraltar, and Malta, by telegraph cable. However, Falmouth was a busy port and it would have only been a matter of time before anchors damaged them. This would have caused £1000’s worth of damages, therefore had to be avoided at all costs. The cables were diverted to Porthcurno instead, as this was a sleepy fishing village. So, in June 1870, submarine cables were laid to complete the connections from India, via the Mediterranean, to the UK.

The first cables were linked from Carcavelos in Portugal. Then in 1873, following the success of the first cable, a second cable was also run between the same two beaches. This time, it was via Vigo in Spain. With each successful cable, they progressed to Gibraltar (1897), and Madeira (1901) followed by Fayal and Azores in Portugal in 1906. 1919 saw another cable linked to Gibraltar followed by a cable from Porthcurno to Bilboa in 1925. The submarine cables that came in, ended at the cable hut. From there, landlines would run all the way from the cable hut to the cable station. Now, what would have normally taken months to send communications across the sea, only took a few minutes.

Zodiac House (now a set of holiday apartments) was the first telegraph station built in Porthcurno. As the number of cables coming in and out of the station grew, a new station was built in 1904. The Eastern House was built to accommodate the growing staff needed to run the station. This was to be the new cable station (telegraph station) and the Zodiac became offices and accommodation for staff members.

World War 1 was a worrying and stressful time at Eastern House in case their communication station was bombed. However, miraculously, it was left alone, and England was able to continue communicating effectively with their allies. During World War 2, these cables provided a vital communication role in the winning of the war. When it was obvious that war was imminent, over 200 miners were employed to tunnel corridors into the granite cliffs. These bomb-proof tunnels were to house the telegraph station to keep it safe from enemy attacks. They knew that if they did not conceal the station into the cliff, it would be a prime target. The station was where Britain was able to communicate with America and ask for military supplies. Our allies could inform us or advise us of events happening in the world and we could keep them updated.

Unless you were a local and were privileged to know that there was a telegraph station in Porthcurno, it was not public knowledge. No one was allowed near or on the station grounds unless they worked there and held a security pass to enter. The staff members were sworn to secrecy. Those who worked there were given accommodation and training, with a view to also working abroad. Porthcurno was therefore appointed as Security Area 28 during the second world war. It is believed that our enemies knew that the telegraph station was somewhere in Cornwall, but they weren’t sure where. This became clear when they dropped many devastating bombs in many places in Cornwall yet didn’t touch the telegraph station.

Today the telegraph station still stands in all its glory. However, instead of being the hub of all communication in and out of Britain, it is now a museum. The museum, called PK (which was the old station handle for Porthcurno) is called ‘PK Porthcurno: Museum of Global Communications.’ Here you can gain an insight into the communication centre and find out how this beach became an underground telegraph station.

It shares the history of what made global communications possible. Visitors can explore the underground bunker that kept the telegraph house safe during World War Two. You can also see the Cable Hut which is situated just above the beach. This is where the submarine cables came in.

Still Some Old Cables Here And There

There are many old telegraph cables still embedded in the ocean floor, however, these are no longer in use. There is somewhat of a ‘finders keepers’ rule with these cables, but bear in mind they are difficult to retrieve. However, there are apparently still a few companies and collectors that will buy these from the finder.